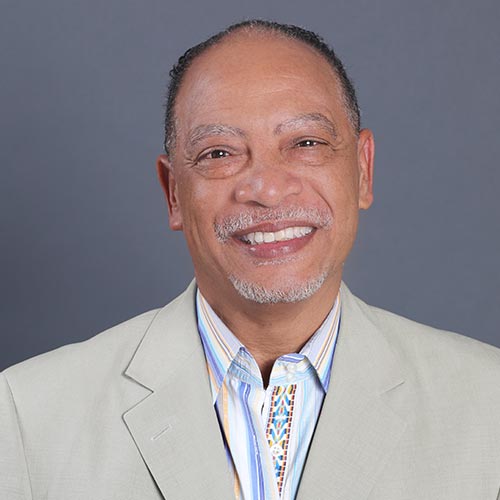 For the past 30 years, Dexter Henderson has served as CEO at the South Central Los Angeles Regional Center (SCLARC). Prior to his work with SCLARC, Mr. Henderson served as a consultant with the City of Los Angeles assisting in the development of a city-wide compliance program relating to federal and state regulations pertaining to the disabled.

Mr. Henderson has also been employed by California State University (CSU) Chancellor’s Office. He initially served as statewide coordinator for faculty and staff with disabilities in the Cal State educational system. Later, his duties expanded to include responsibility for managing the system-wide coordination of all benefit programs totaling $25 million.

Before joining the Chancellor’s Office, he served as a Deputy Director in Mayor Tom Bradley’s Office of Human Resources. In this capacity, he was successful for six years in garnering millions of Federal and State grants to develop public and private initiatives focusing on affirmative action, community relations programs for youth, the aging and persons with disabilities.

In 1993, Mr. Henderson was elected to serve on the Board of Trustees for the Inglewood Unified School District. During his four years on the Board, he distinguished himself as a valuable board member and leader by serving as both the Vice-President and President. He was also responsible for the implementation of district and community-wide strategic planning processes and conducting outside management audits of all modernization and educational operations. He continues to serve as a member of numerous local and statewide committees and organizations, staying committed to serving persons with developmental disabilities.